Game of Thrones in Northern Ireland

HBO’s award-winning television series Game Of Thrones was filmed in the areas surrounding Ballygally Castle and Slieve Donard Resort and Spa, with cast and crew from the series frequently found relaxing at one of our luxury hotels. Explore the Seven Kingdoms in all their natural beauty right here in Northern Ireland and stay in our two neighbouring hotels.

The stunning scenery within the Causeway Coast and Glens was used to represent everything from Winterfell to the King’s Road, The Iron Islands to Stormlands. Now you can stand on the spot where Lannisters schemed, stroll in the footsteps of the Starks, and gaze on grasslands crossed by the Dothraki horde.

Around County Down you can visit arguably the most iconic scene locations. Walk where the White Walkers first appeared (and also where the Starks discovered the direwolves), join Team Stark at Winterfell, take part in the battle at Rob Starks camp, step foot where the 'Red Wedding' unfolded and pay your respects to the Tullys when arriving at Riverrun.

Build Your Own GOT ExperienceCustomise your own Game of Thrones package across Ballygally Castle and Slieve Donard Resort and Spa. Add extra night stays, themed Afternoon Tea or banquet, tour experience package and more.
Call 028 9047 1066

The Night's Watch - Dine and StayFrom £110ppsOne night's stay at Slieve Donard with Welcome Mead, Tomahawk steak in Percy French, themed turndown and Duck of Thrones. (For an additional supplement we offer a sharing medieval feast instead).
From £110pps
Book Now
Build Your Own GOT Experience
Watch our video to see what you can do
All Things Game of Thrones
Find out all the Hastings Hotels options 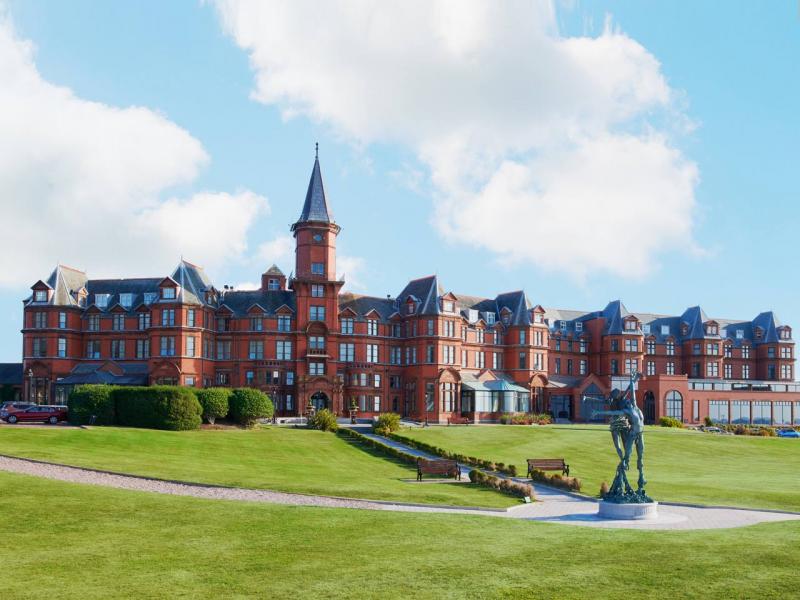 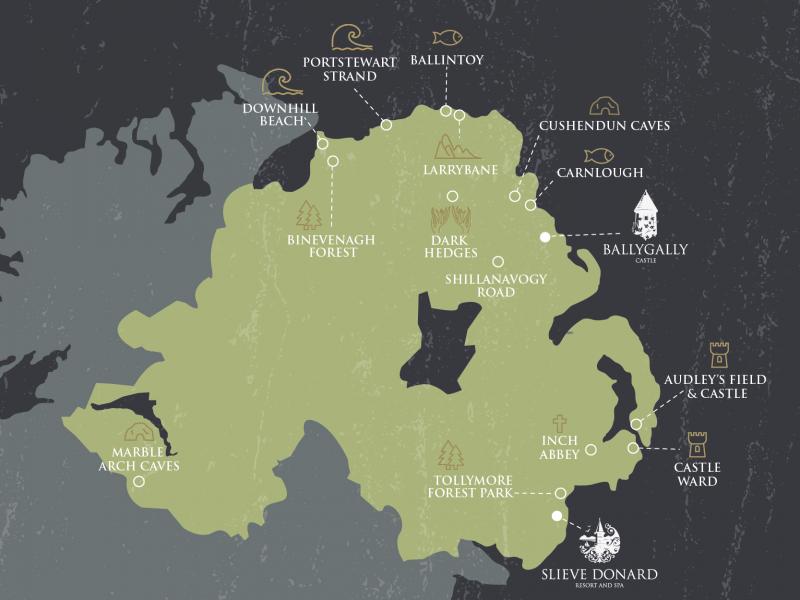 Filming Locations Near UsExplore the Seven Kingdoms in all their natural beauty right here in Northern Ireland in the areas surrounding Ballygally Castle and Slieve Donard Resort and Spa.
Find out more