Visit the Antrim Coast where Game of Thrones was filmed

HBO’s award-winning television series Game Of Thrones was filmed in the areas surrounding Ballygally Castle, with cast and crew from the series frequently found relaxing at the Castle.

The stunning scenery within the Causeway Coast and Glens was used to represent everything from Winterfell to the King’s Road, The Iron Islands to Stormlands. Now you can stand on the spot where Lannisters schemed, stroll in the footsteps of the Starks, and gaze on grasslands crossed by the Dothraki horde.

The Causeway Coast and Glens Game Of Thrones itinerary is a three-day voyage of discovery that lets you experience the fantasy world of author George R.R. Martin for yourself. Plotting a path through the scenic splendour of the Seven Kingdoms, it takes you to where so many of the pivotal scenes were shot.

The Game of Thrones itinerary not only brings to life the drama of the series but also provides a front row seat at locations steeped in local myth and legend, where ancient warriors walked long before leading men. So why not step on to a set like no other, where you can indulge your fascination for Game of Thrones, investigate what the Antrim Causeway Coast and Glens have to offer, and still have time to enjoy the sort of hospitality for which this small corner of the globe is famed.

When retracing the steps of your Game of Thrones heroes stay at Ballygally. This beautiful 17th Century Castle is centrally located and the perfect base for exploring the Antrim Coast and following the 3 day Game of Thrones itinerary! 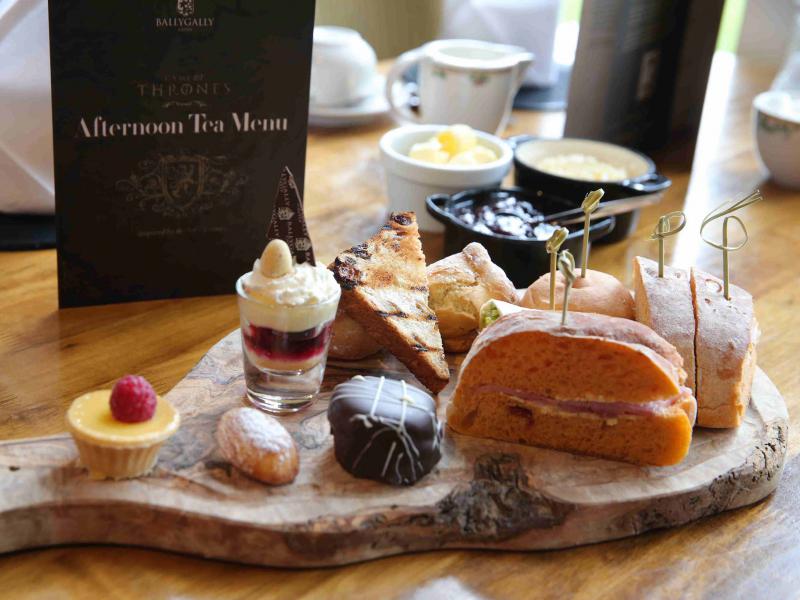 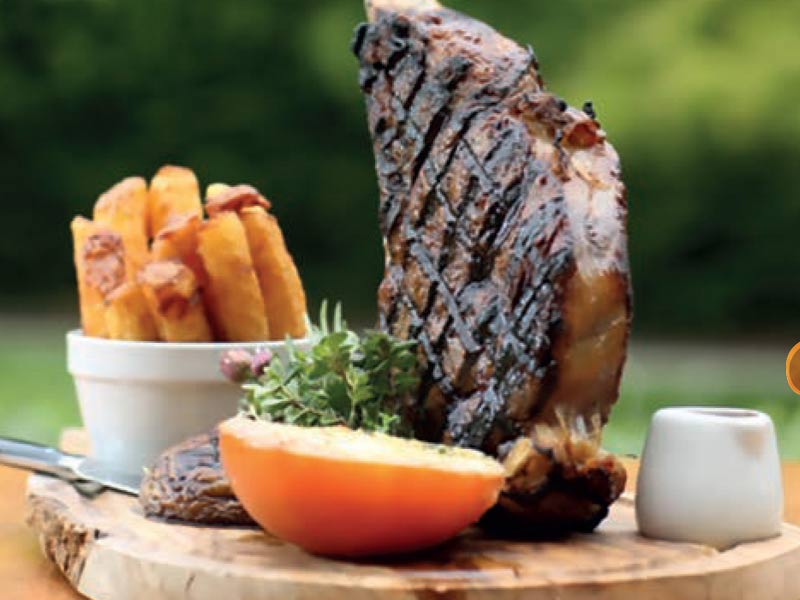 Westeros Tomahawk SteakThis unique “Westeros Tomahawk” design steak has been specially prepared for us by Carnbrooke Meats. Served on a wooden platter with a “Valyrian Steel” inspired knife.
Find out more 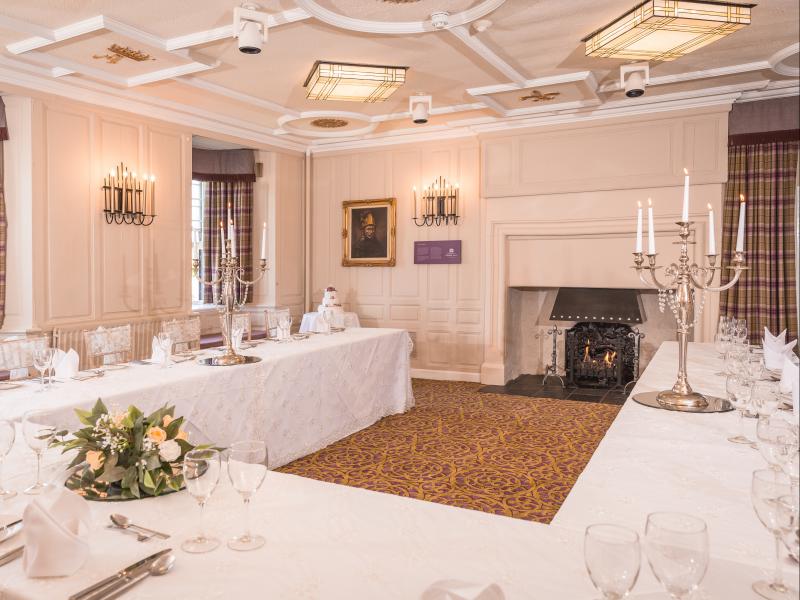 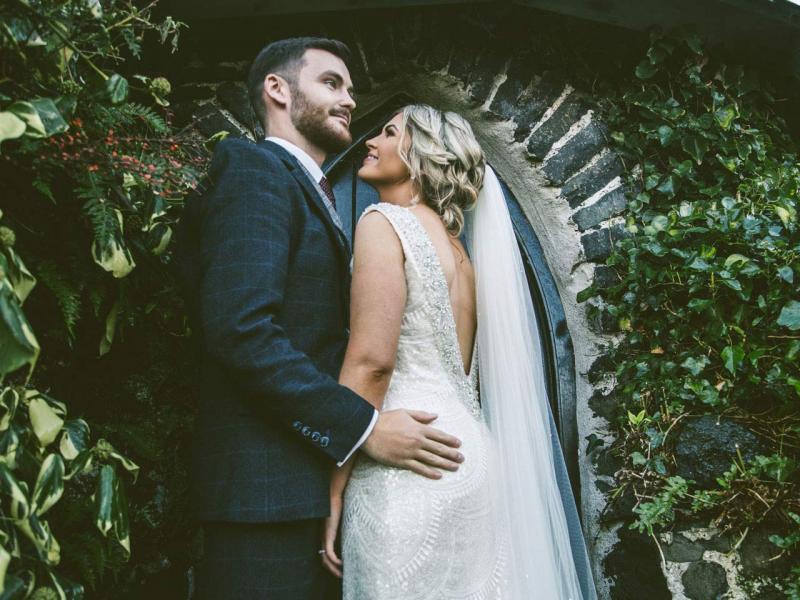 Game of Thrones WeddingAre you and your other half true Game of Thrones fans? Why not make your big day even more memorable at Ballygally Castle. Read what Carmelatte had to say about the idea of a themed wedding.
Find out more 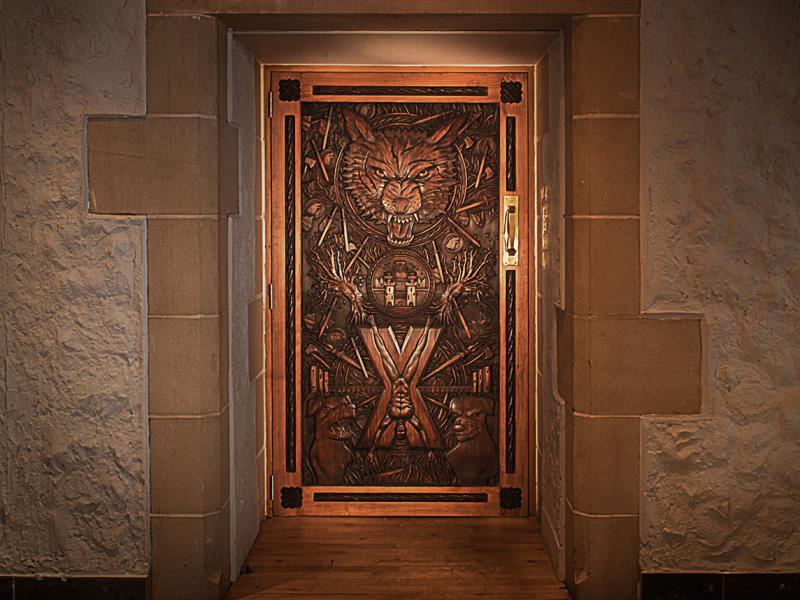 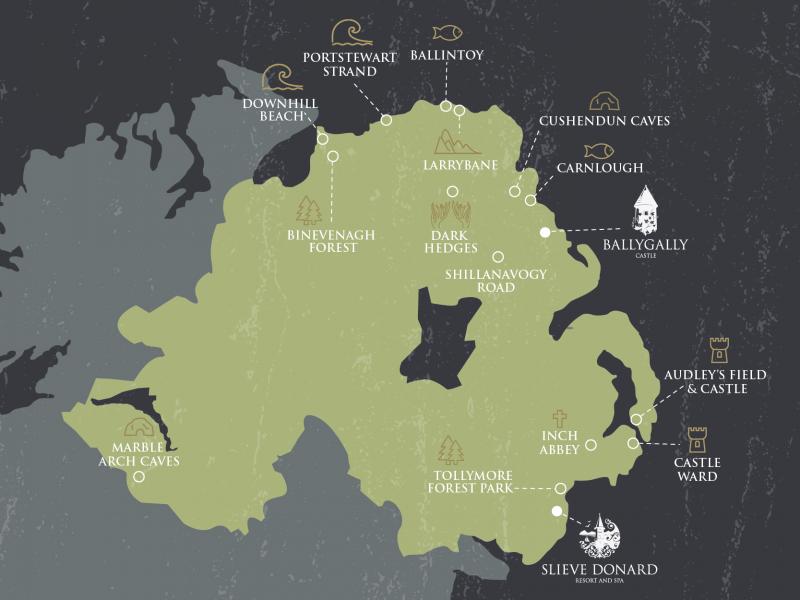 Must Visit Filming Locations The stunning scenery within the Causeway Coast and Glens was used to represent everything from Winterfell to the King’s Road, The Iron Islands to Stormlands.
Find out more 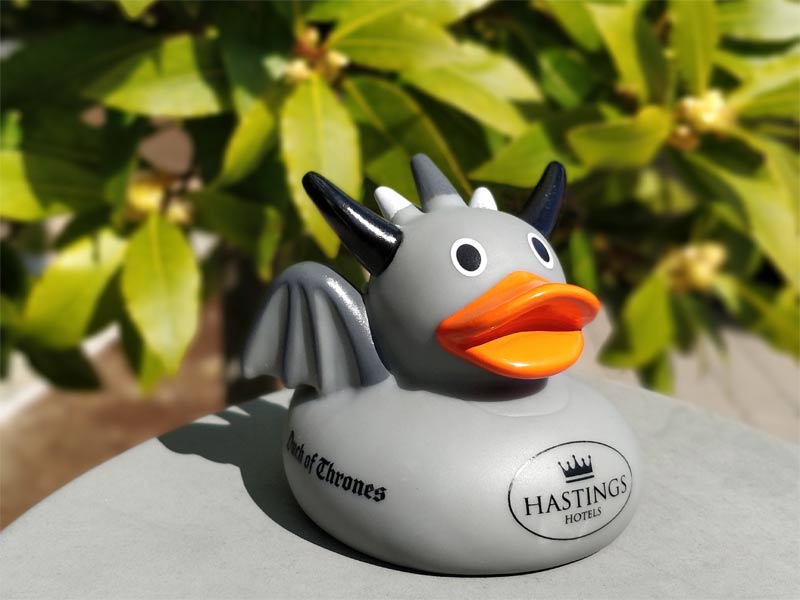 Meet the Duck of ThronesJoin us on our Game of Thrones tours or enjoy an overnight stay with themed Afternoon Tea and you will receive a complimentary Duck of Thrones and sweet box of local candy with art on the box.
Book today