Hastings Hotels squaring up to Brexit 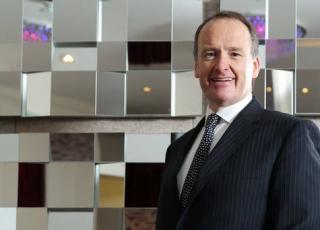 Speaking to the Irish Times, Hastings Hotels Managing Director, Dr Howard Hastings discussed the opportunities and challenges facing the hotel group as a result of Brexit.

Dr Hastings said in the short-term at least Brexit has been good for business because visitors from the Republic get more value for their euro due to the weakening of sterling. “You see more Southern car registrations on the roads.”

Ireland’s biggest tourism markets are Britain, the US, France and Germany. 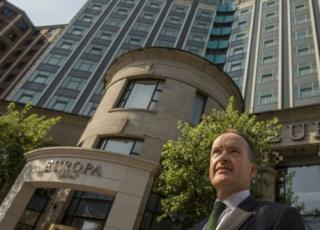 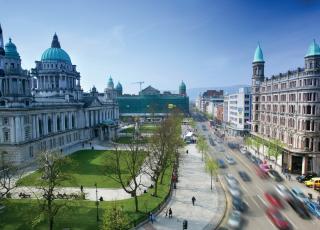 “But peculiarly,” says Dr Hastings, “Commonwealth countries like Australia – half a world away – would still bring more visitors to Northern Ireland than Germany.”

So Brexit, and the better value euro, also may bring new opportunities to attract more visitors from continental Europe to Northern Ireland.

Yet most international tourists visiting Northern Ireland first land in the Republic. “And that brings us to the big question over Brexit: would they be so tempted to come to Northern Ireland if there wasn’t the open access that there is at the minute?” says Dr Hastings.

He notes how former Northern secretary Theresa Villiers, a leading Brexiteer, gave assurances that there was no danger of a hard border with the Republic if the UK voted out. “But Theresa Villiers isn’t here anymore.”

Winter months
He would love to attract more Southern and continental visitors, particularly during the quieter autumn and winter months. He marvels that there are an estimated 2.5 million people from the Republic who have never visited Northern Ireland.

“It would be hard to find anyone in Northern Ireland who hasn’t over-nighted in the South...Now is a good time to come up and see us.”

But again there’s that niggle over Brexit: would Border restrictions lead to coach and car loads of Southern visitors being caught up in Border hold-ups?

Would foreign tourists for the same reason prefer to remain south of the Border rather than journey north when they visit Ireland?

Most everyone says that won’t happen, but nobody knows for sure. In Northern Ireland, what business people crave is clarity, but there isn’t any yet.

Dr Hastings, a man prepared to take big business gambles, is generally optimistic for the future. But he warns that if Brexit makes it difficult for people to come to Northern Ireland, to visit or do business, then there is the danger they just won’t visit or do business.

This is an excerpt from an article published in the Irish Times on Wednesday 19th July 2017. The full article can be accessed here https://www.irishtimes.com/news/ireland/irish-news/hastings-hotel-group-squares-up-to-brexit-1.3159029