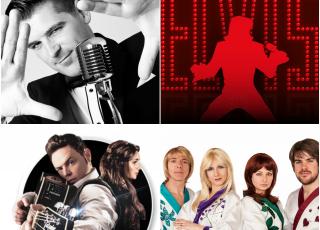 With the Christmas celebrations done and dusted for another 12 months it's time to look forward to 2018. So with that in mind our team has put together 10 of the top events, coming attractions and things to do in Belfast this January - with something for all ages on the lineup.

Lead by the panto queen May McFettridge, the Grand Opera House’s Peter Pan is jam packed full of fun for all the family.  May is joined by Corrie star Claire King, and Belfast’s favourite Paddy Jenkins in a cast of over 25 performers, to bring to life J M Barrie’s original story of Neverland. The running time is approximately 2 hours and 15 minutes for this unmissable event which has already sold over 70 000 tickets. https://www.goh.co.uk/peter-pan

The SSE arena hosts the hit shows live tour, with dazzling performances from the celebrities and their talented dance partners. The magnificent performances take place on the 31st of January with appearances from the renowned judges Bruno Tonioli and Craig Revel. https://www.ssearenabelfast.com/strictly-come-dancing

With 9 interactive galleries to look through, take the discovery tour or Dine in there is something for all the family to enjoy. Titanic is the worlds latest Titanic visitor experience and it is worth a visit during January. http://titanicbelfast.com/

This punchy, 75 minute production recaptures the passion and the controversy of the famous novel, then globally successful film, and repackages it into an immersive production in which you are literally part of the show. This is a no holds barred in-yer-face theatre production. This is your ticket to a ride you won't soon forget. By Irvine Welsh. Adapted by Harry Gibson. Directed by Adam Spreadbury-Maher with Greg Esplin. For tickets visit http://visitbelfast.com/whats-on/event/trainspotting-live

You are invited into Tracey's Irish Farmhouse Kitchen by the Shores of Strangford Lough in an 'area of outstanding natural beauty' half an hour from Belfast City Centre. Tracey lives in an 18th century thatched cottage which has been tastefully restored and is perfect for traditional Irish bread making.To book your place, please visit www.nifoodtours.com email Tracey at info@nifoodtours.com or call 077 1148 4850

Following sold out shows last year, the master of mirth is back with his own unique brand of irreverent humour. 2016 was another busy year for the perennially popular star of the Blame Game, which celebrates its 10th birthday on TV this year. With that, a science comedy series for RTE2 and his radio show on Today FM under his belt, he is now back to where it all started: talking to strangers in rooms for money. Suitable for ages 16+. To book your ticket, please visit www.ulsterhall.co.uk

Belfast is home to Titanic Studios where Game of Thrones is shot, and only a stone’s throw away from other filming locations across Northern Ireland including The King's Road, Winterfell, The Wall and Dragonstone. Take a tour around Northern Ireland and discover the dramatic scenery used in the show. http://visitbelfast.com/things-to-do/theme/game-of-thrones

The bespoke Belfast festival that always comes first is back! The Out To Lunch Arts Festival returns from 5-28 January, bringing much badly needed cultural bite to the longest, darkest month of the year. Now in its 13th year, the utterly unique and totally boutique Out To Lunch serves up a Brexit-proof feast of music, comedy, spoken word and theatre with a thrilling mix of familiar favourites and fresh talent. Out To Lunch offers true life-affirming sustenance for troubled times. Further information is available here http://cqaf.com/otl-all/

Winging It will see John back on stage for his fifth UK and Ireland tour, performing in his own inimitable style. His last tour 'Supersonic' was watched by more than 500,000 people and received huge critical acclaim. 'Rollercoaster' in 2012 was another sell out, and followed the successes of his 'Sunshine' tour in 2011 and the 'Elvis Has Left The Building' show in 2010, for which he was nominated for an Edinburgh Comedy Award. http://visitbelfast.com/whats-on/event/john-bishop-winging-it