Visit the Percy French at Slieve Donard Estate and Spa

The Percy French Restaurant in the grounds of the magnificent Slieve Donard Resort and Spa where the Mountains of Mourne sweep into the sea and is the proud home of Game of Thrones Door of Thrones No 3.

Following the fall of several trees from the iconic Dark Hedges during Storm Gertrude at the start of 2016, Tourism Ireland have salvaged the wood from 2 of these magnificent Beech trees and transformed them into 10 ornately carved wooden doors, each depicting moments inspired by this season. The doors were unveiled each week as season six unfolded – referencing key scenes and events from the latest episode and incorporating some of the iconic symbols of the show. These ‘Doors of Thrones’ hang in pubs, restaurants and other venues across Northern Ireland, near filming locations will be unveiled one at a time after each episode is aired, giving visitors a brand new Game of Thrones Territory trail to follow.

The intricately carved Door of Thrones 3 depicts the demise of Rickon Stark’s Direwolf, Shaggydog, the 3 eyed raven and the rise of House Greyjoy’s family crest - the Kracken.

A sight to behold, this magnificent door is the entrance to our Percy French Restaurant. When coming to visit, why not sample our new Game of Thrones Westeros Tomahawk Steak Dish served with Valyrian Steel Style Carving Knife?

Situated minutes from Tollymore Forest which is the setting for the Haunted Forest and also where the Starks found their Direwolves in season 1, the Percy French is sure to be an excellent starting point for any Game of Thrones fan who wishes to follow in the footsteps of their favourite characters. 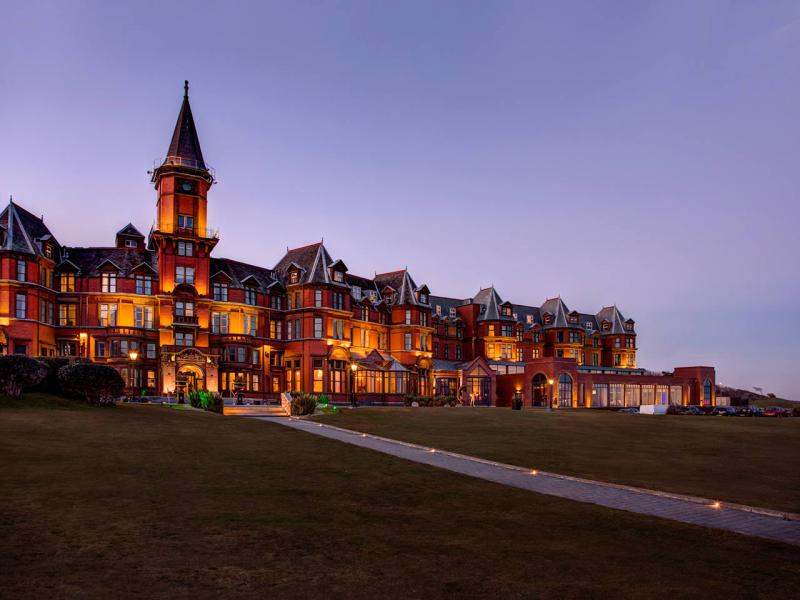