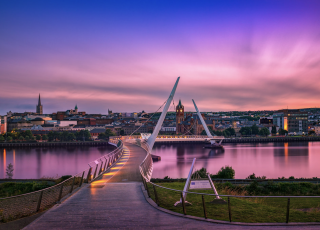 If you’re ever lucky enough to find yourself with 24 hours to spare on the North Coast, Derry / Londonderry has just about everything you need for a memorable break. Whether you’re after food, entertainment, culture or history - this beautiful and remarkable city has it all within walking distance.

Like all great European cities, Derry / Londonderry has a host of museums that tell the story of the city’s rich and varied past. The Siege Museum recounts the history of the Siege of Londonderry, offering an interactive visitor experience over three floors. The Museum of Free Derry opened in 2007 and aims to tell the story of the city from 1968 - 1972, including events such as the Battle of the Bogside, Bloody Sunday and the civil rights era. While acknowledging the troubled past of the city, the museum also seeks to highlight the shared future of Derry / Londonderry and promotes international freedom and equality for all. 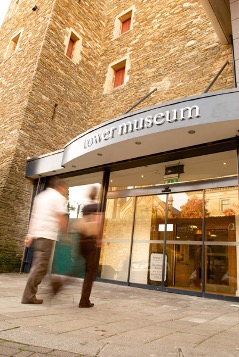 The Tower Museum, located within the historic city walls, houses several permanent exhibitions such as the ‘Story of Derry’, which outlines the history of the city from early settlement to present day. The museum also houses the ‘An Armada Shipwreck’ exhibition, which lets visitors dive into the story of La Trinidad Valencera, one of the largest ships in the Spanish Armada Fleet which sank in Co. Donegal in 1588 and was discovered by divers from the city nearly 400 years later.

Derry / Londonderry boasts some of the finest food on the North Coast and visitors are truly spoilt for choice. The award-winning Browns Bonds Hill, opened in 2009 by Ian Orr and Marcus Roulston, serves unique fine dining and continues to be recommended by the Michelin Guide every year. If you’re looking for something a little more casual, Mekong Street Food serves award-winning Asian inspired small and big plates. Ask for their famous ribs, you won’t be disappointed! 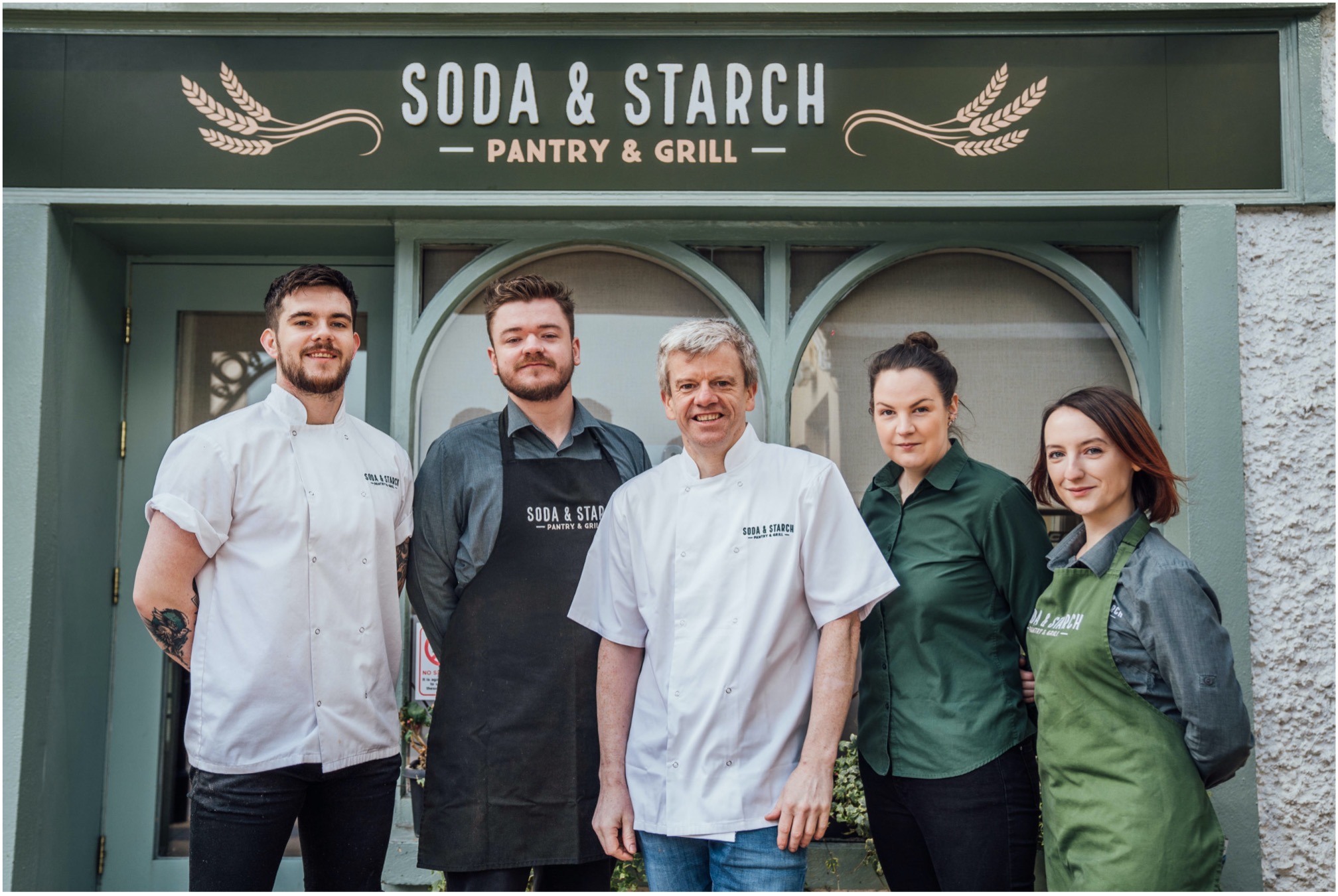 If an authentic local experience is what you’re after, then Soda & Starch is the place to go! An independent and family-run affair, this pantry and grill is making waves all across Northern Ireland and it’s easy to see why. Working closely with local suppliers and producers, Chef Raymond Moran delivers a spectacular dining experience that just begs a visit.

Go for a drink

When it comes to pubs, Derry/Londonderry punches well above its weight and
then some. Iconic cafe bar Sandino’s is a city staple and proudly hosts some of the finest live music in the country. Those wanting to immerse themselves in a proper traditional Irish pub should look no further than Peadar O’Donnell’s on Waterloo Street. Pull up a pew, order a Guinness and soak up the atmosphere! 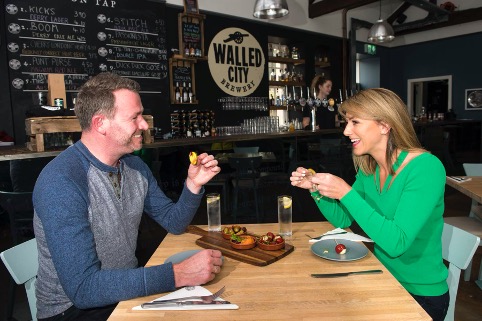 Located in the heart of the city, the Walled City Brewery is a family-run craft brewery and eatery that simply cannot be overlooked. Outstanding local craft beers are complimented by a mouth-watering selection of tapas and large plates. A must for beer fans everywhere!

Learn about our history

One of the most iconic landmarks in the city, the Guildhall is what many consider the heart of Derry/Londonderry. Originally opened in 1890, it features a stunning collection of stained-glass windows and tours from local guides are available for those wanting to learn about the history of this spectacular building. Or why not visit the St. Columba Heritage Centre and find out about the patron saint of Derry / Londonderry through artefacts, manuscripts, and interactive experiences. 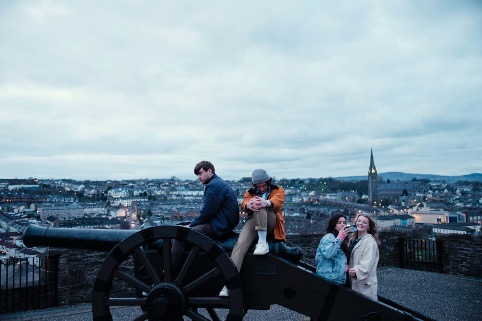 No trip to Derry / Londonderry would be complete without a walking tour of the city. Widely regarded by visitors from across the globe as one of the best experiences they’ve ever had, immerse yourself in over 1,500 years of history and culture as you visit some of the city’s iconic locations.

Thanks to its central location on the North Coast, Derry / Londonderry is the perfect base from which to explore some of the world-famous locations from HBO’s Game of Thrones television series. Just a 1 hour drive away is Ballintoy Harbour, which served as the filming location for the Iron Island port of Pyke, the home of Theon and Tara Greyjoy. However, it’s not just for fans of the show. The harbour is also one of the region’s most picturesque attractions so why not soak up the salty sea air and enjoy the panoramic views. 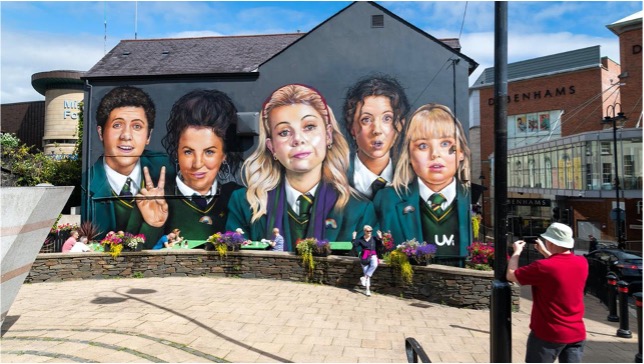 Over the last few years, Derry / Londonderry has taken on a new lease of life as the location for Channel 4’s hit comedy show Derry Girls. Fans of the show can embark on a themed walking tour of the city, retracing the stops of Erin and her friends as they bundle through the hilarious challenges of growing up. But if walking isn’t your thing, the Derry Girls Mural on Orchard Street which features the central characters of the show has become the go-to spot for getting your photo taken in the city. Do it for the gram!

It’s hardly a mini-break without a little shopping spree and Derry / Londonderry has a wide range of shops and boutiques to satisfy even the most avid devotee of retail therapy! The Cottage Craft Gallery and Coffee Shop offers beautiful handmade crafts and local produce in a quaint thatched cottage with top-quality coffee and treats to keep you going. If bath bombs and skincare are your thing, Mermaid Cove offers a wide selection of unique and affordable gifts in a colourful setting.

Opened in 1995, Foyleside Shopping Centre is home to over 50 stores including Jack Wills, Monsoon, Waterstones, and The Body Shop. Overlooking the Foyle river, it has something for everyone and is the perfect way to spend an afternoon treating yourself!