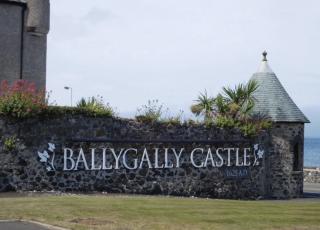 The Ballygally Castle Hotel belongs to the Hastings Hotel chain. It is situated in the picturesque village of Ballygally on the main Antrim coast road overlooking Ballygally Bay with uninterrupted views over the Irish Sea. There are 54 en-suite rooms as well as conference facilities, the Garden Restaurant and an informal bistro restaurant. With its landscaped gardens the Ballygally Castle Hotel is a popular wedding venue. In summer the hotel basks in the stunning coastal vistas and the attractions of a beach on its doorstep. However, it is equally enjoyable to curl up in the lounge with its open fire while winter storms and fierce seas rage outside.

The castle itself was built in 1625 by John Shaw of Greenock. He rented the land from the Earl of Antrim for £24 per annum. The building is rectangular in shape with a steeply pitched roof topped with tall chimneys. Each corner has protruding circular turrets with conical roofs. The old walls are 5ft thick and have openings or ‘loups’ for muskets. When first constructed, an open stream ran through the outer hall. A valuable asset in times of siege, especially as the castle was attacked on several occasions during the 1641 Rebellion.

The castle underwent some restorations in 1760, resulting in the inscription over the original doorway now being inside the building. This reads GODIS PROVIDENS IS MYN INHERITANCE. This is accompanied with a coat of arms and the letters JS and IB thought to be the initials of James Shaw and Isabella Brisbane. In the early days the castle was reached via a tree-lined avenue, through a stone gateway that led into the courtyard near the walled garden. The coastal road did not exist until the 1840’s. 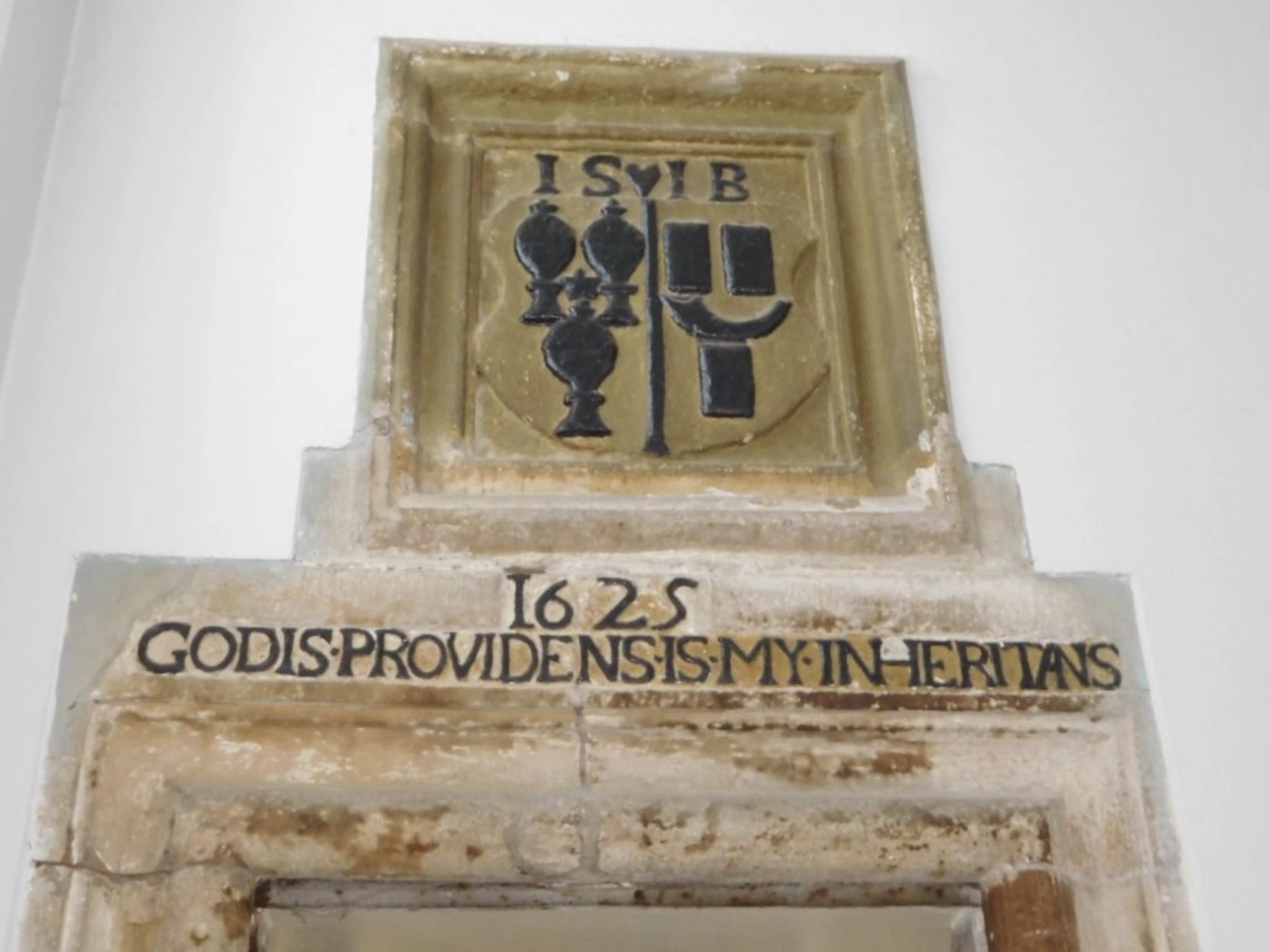 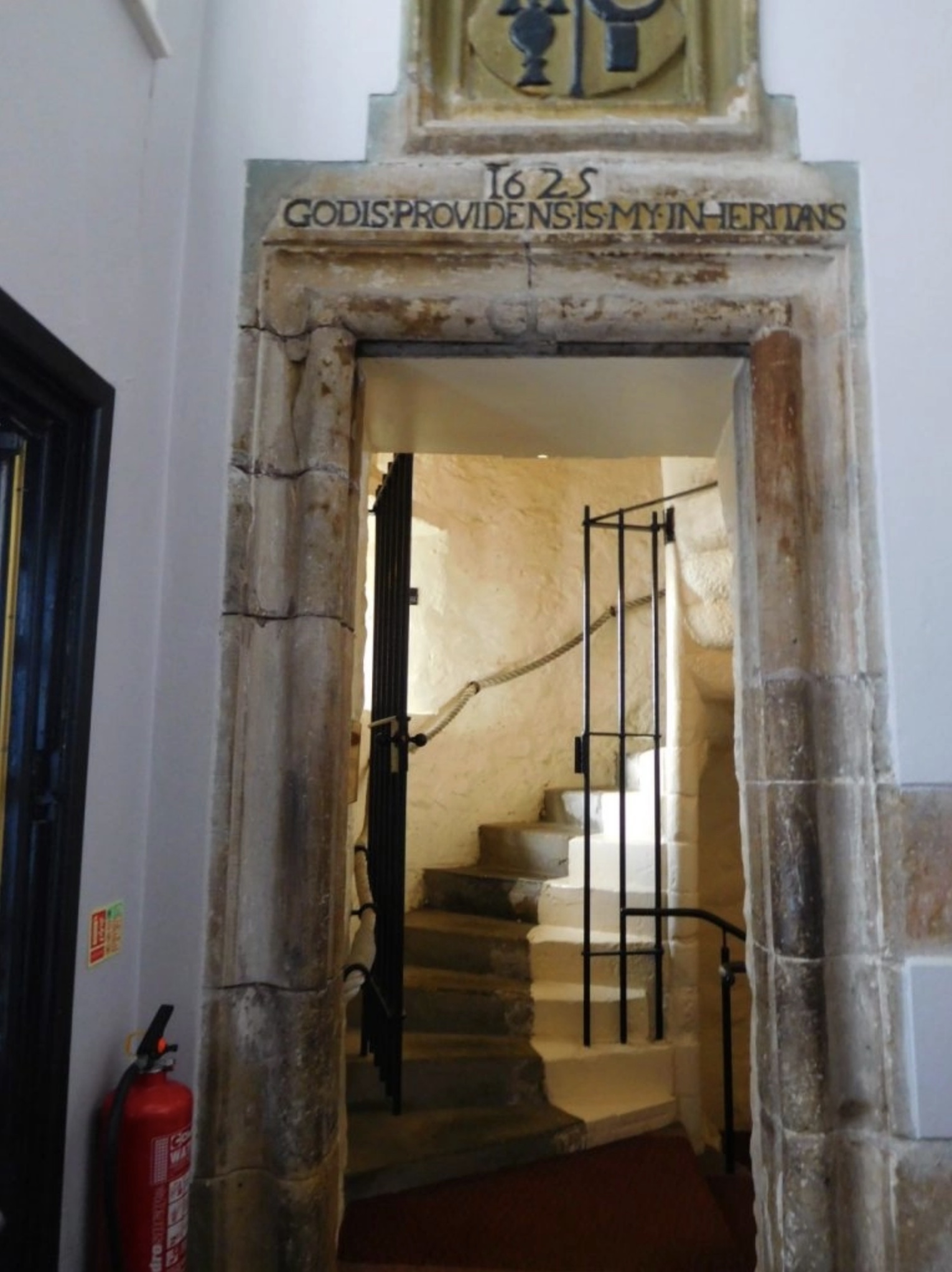 The Shaws lived in the castle for several generations. It has been noted that the progressive schoolteacher began his career here as a tutor for the Shaw children. However, the Shaw family suffered some business difficulties and subsequently lost their castle. It was sold in 1799 for £15,400.

In 1814 Ballygally Castle was the residence of the Rev Thomas Alexander. By the 1830’s it was rented to the coastguard in an effort to thwart smugglers in the area. While in 1875 it was the home of the Rev Classon Porter, Presbyterian minister of Larne.

He wrote to his friend and fellow historian George Benn

“…the ‘castle’ is quaint and old-fashioned but that I like, and it is very warm and comfortable, the walls being five or six foot thick, so that we never feel the greatest storm that blows…”

In the 1950’s, Cyril Lord, a successful businessman with a carpet factory at Donaghadee, owned the castle.  He refurbished and enlarged the building.

Finally the castle became ‘the jewel in the crown’ of the Hastings Hotel group. We have had the good fortune to have a few ‘special occasion’ overnight stays here over the years and can confirm from experience that is a very popular, beautiful hotel in a unique setting with friendly staff and comfortable surroundings. 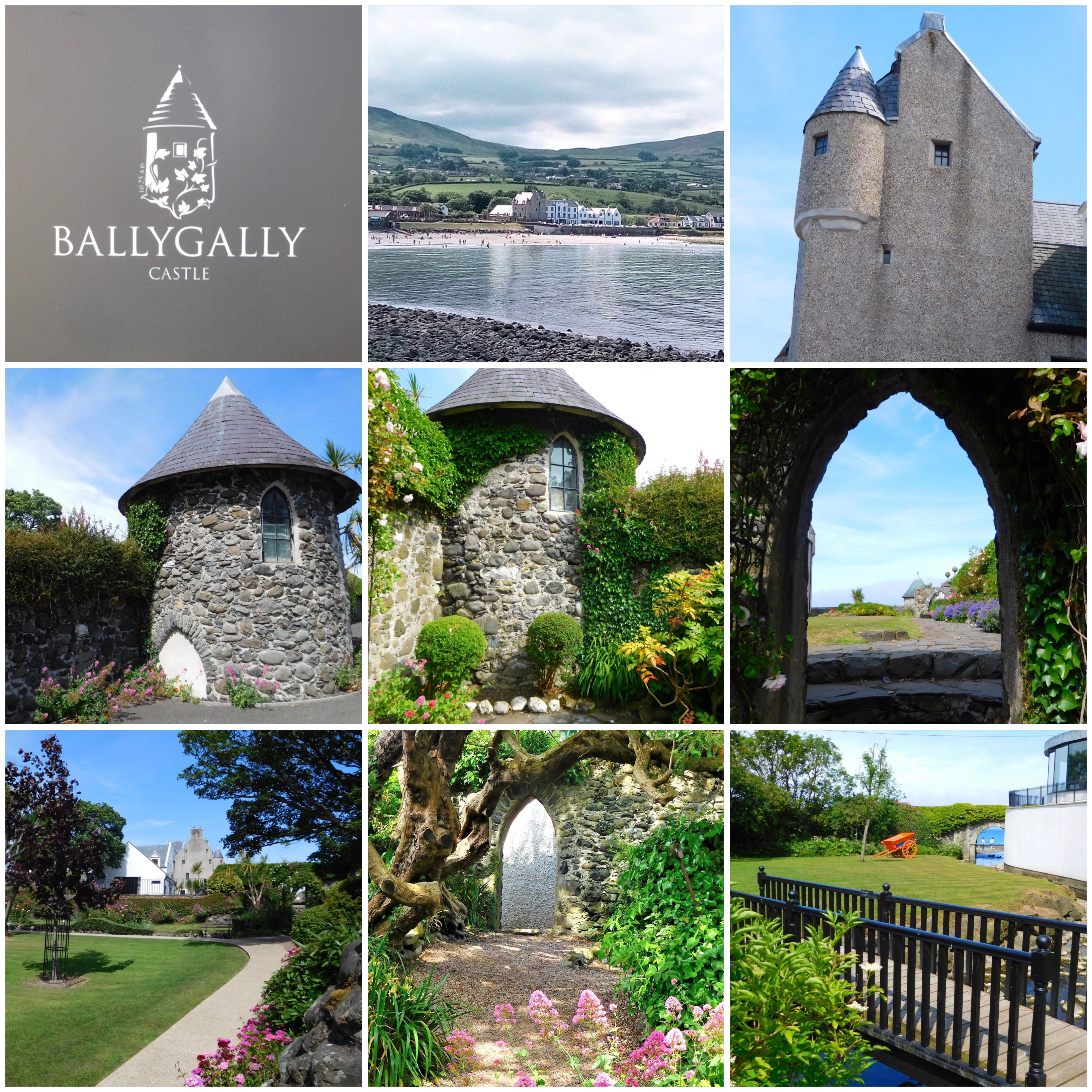 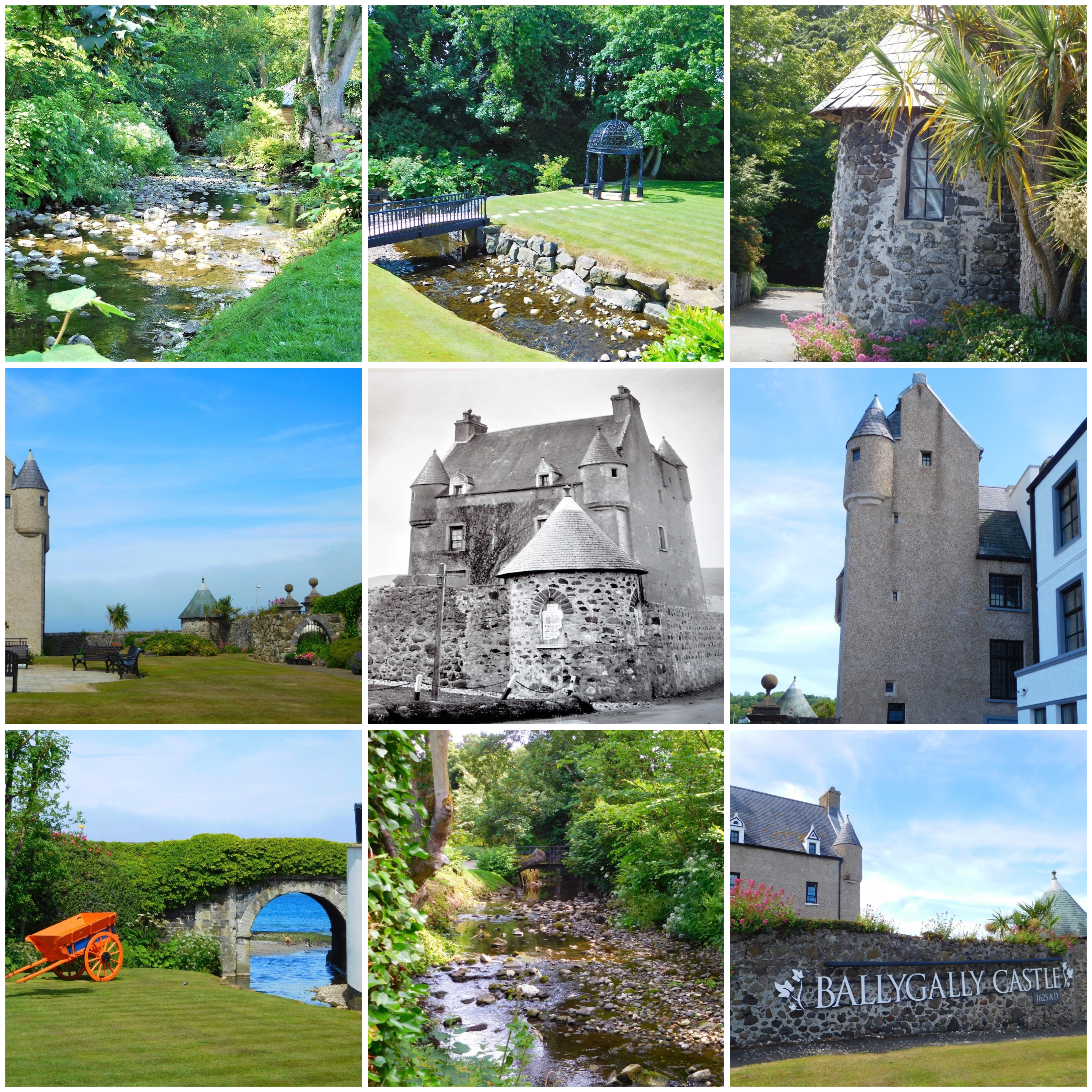 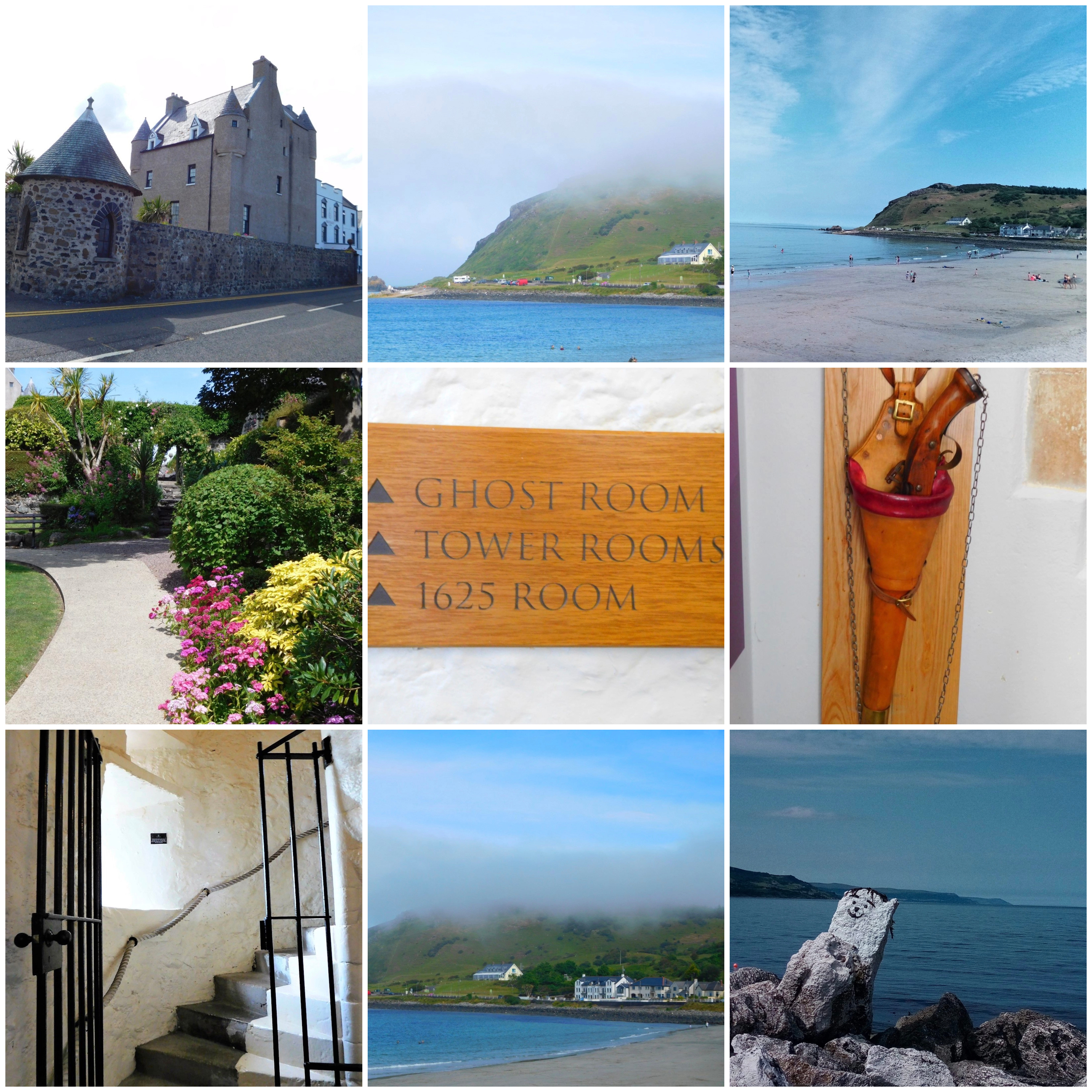 No seventeenth century Irish castle ‘worth its salt’ would be without a resident ghost or two. Ballygally’s most famous phantom is that of the tragic Lady Isabella Shaw. After giving birth to a daughter, she fell out of favour with her husband Lord James Shaw. He took the baby from her and locked her in a small room at the top with a turret.

Starving and tormented by her baby’s cries, Isabella tried to escape through a window but fell to her death on the rocks below. Apparently she still wanders the hotel corridors at night knocking on doors, perhaps still searching for her little girl.

Another reported apparition is that of a former nineteenth century resident of the castle, Madame Nixon. Her silk skirts can be heard rustling as she walks the castle at night. 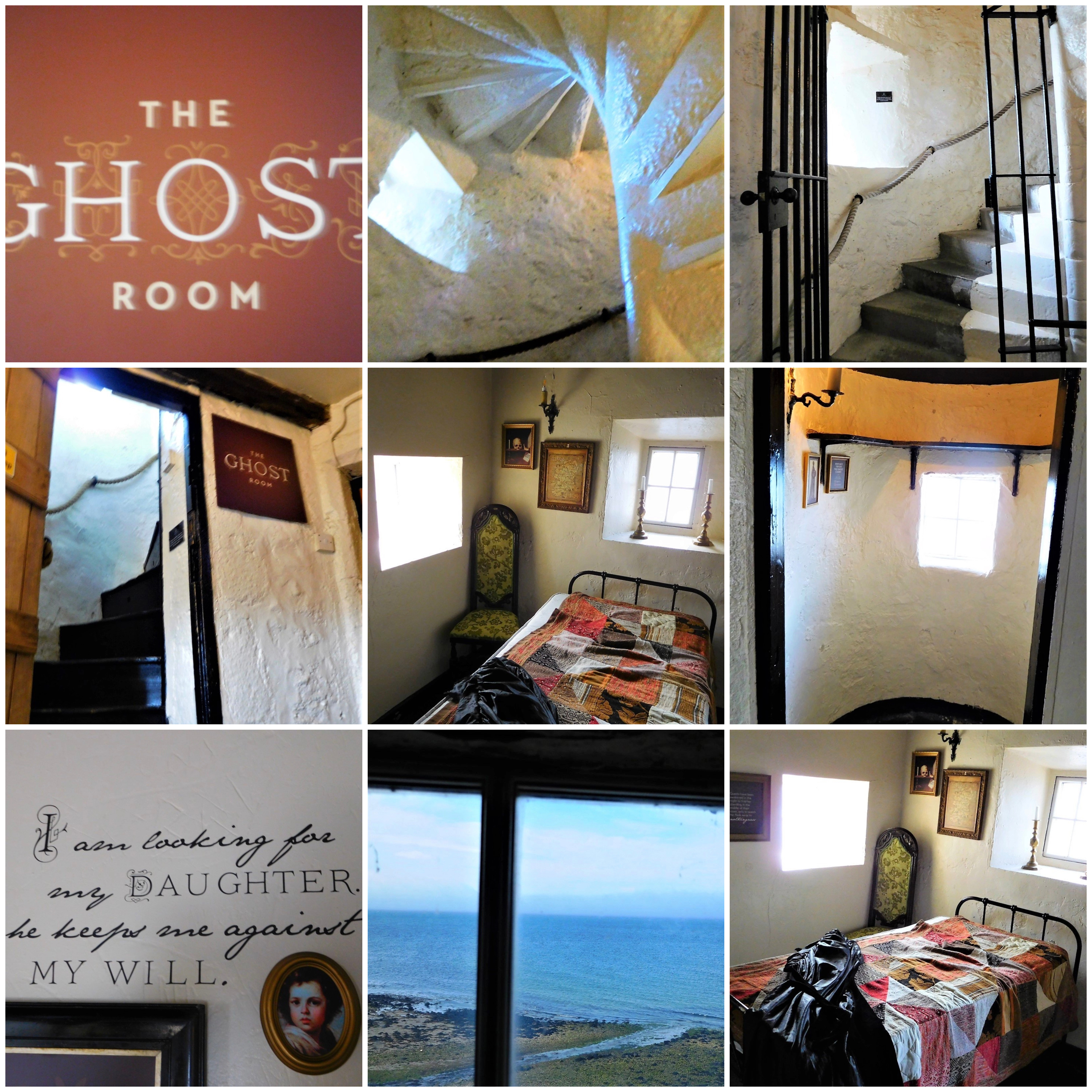 No guesses, theories or superstitions just the facts. Many years ago when our eldest was just a baby, we stopped at Ballygally Castle Hotel for a coffee break. Fascinated by the story of Lady Isabella, ourselves, and a visiting German couple asked to see the turret room. In those days you had to ask for the key, a huge iron thing! We ascended the spiral staircase exchanging pleasantries with the German tourists. On entering the ‘ghost room’ our previously smiling gurgling 18 month old became hysterical with terror. He could not be placated. You have never seen four adults leave a room so quickly!

Ballygally Castle Hotel is a location of one of the Game of Throne’s doors dotted around the counties. This particular one depicts the battle between House Stark and House Bolton. It bears the crests of the two (fictional) families and Winterfell Castle. 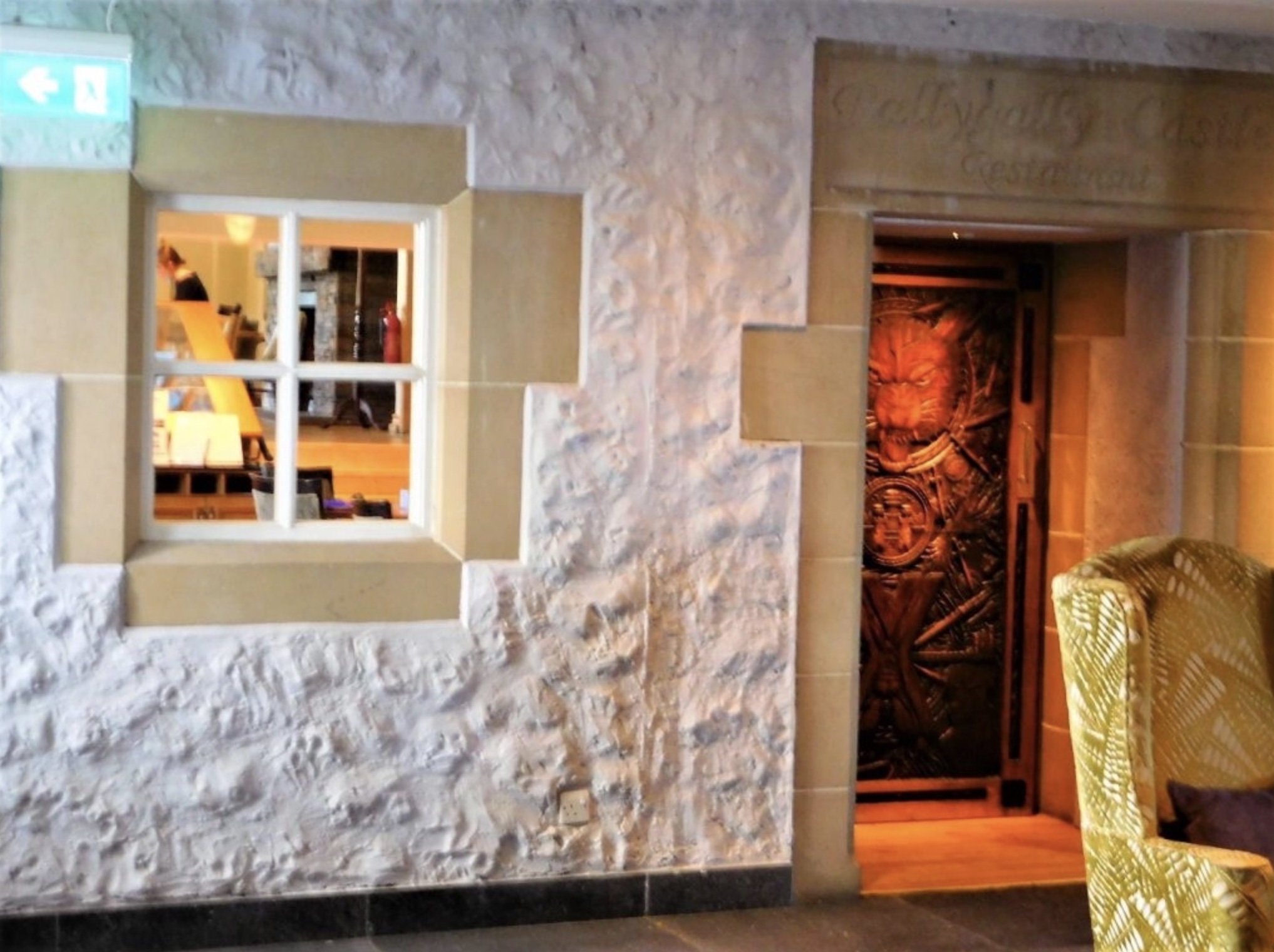 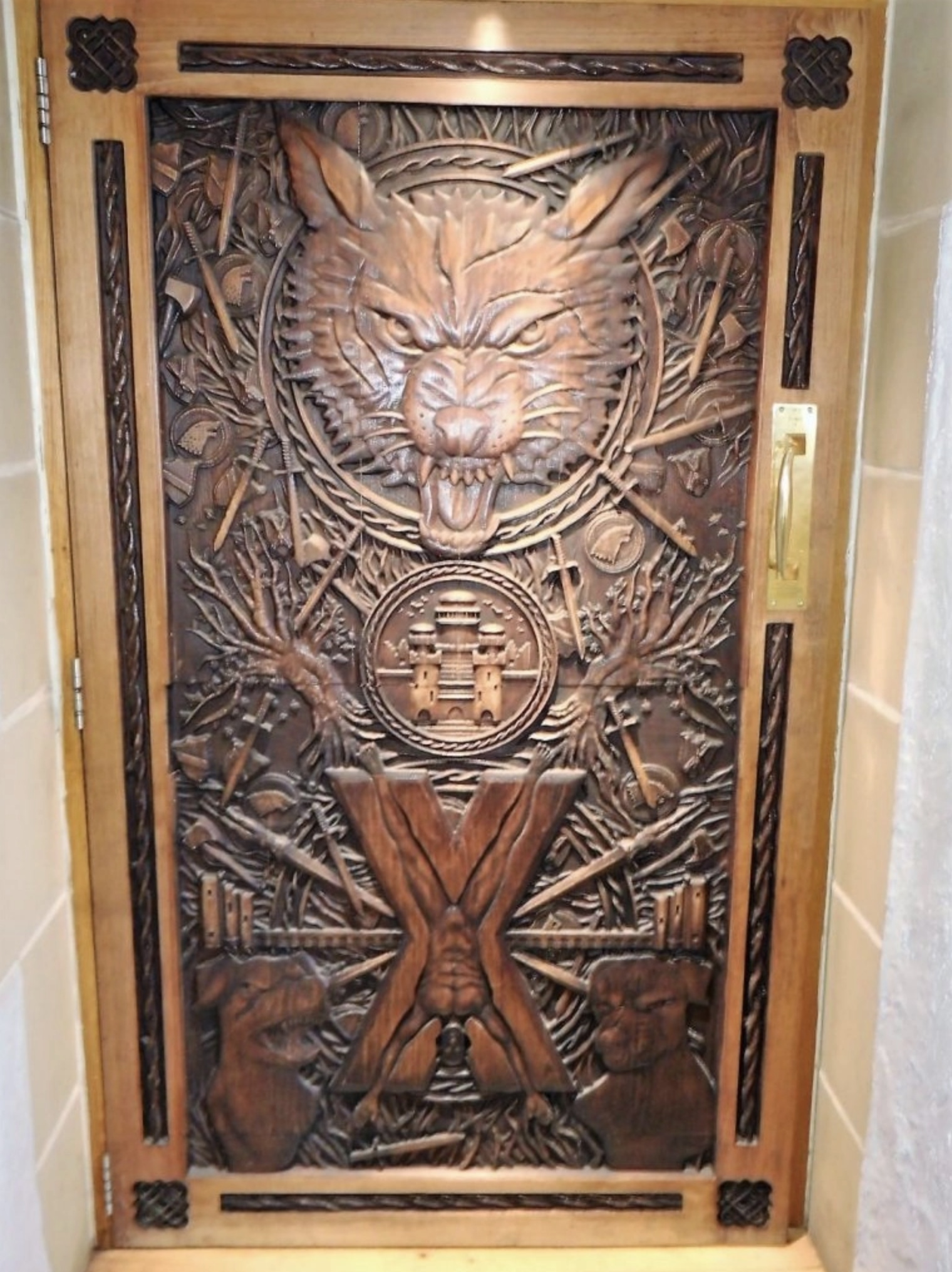 The Story of One Ballygally Resident

On the rugged shoreline of Ballygally Bay, the photographer Robert Welsh came upon and captured on film an old woman by the name of Jean Park. This elderly lady had spent all her life in the area and lived in a stone cabin with a seaweed roof next to the ocean. She survived on selling dulce (edible seaweed) during the summer months and Poor Law Relief in the winter and whatever she could scavenge from the beach. A tenuous and perilous existence but one she refused to give up. 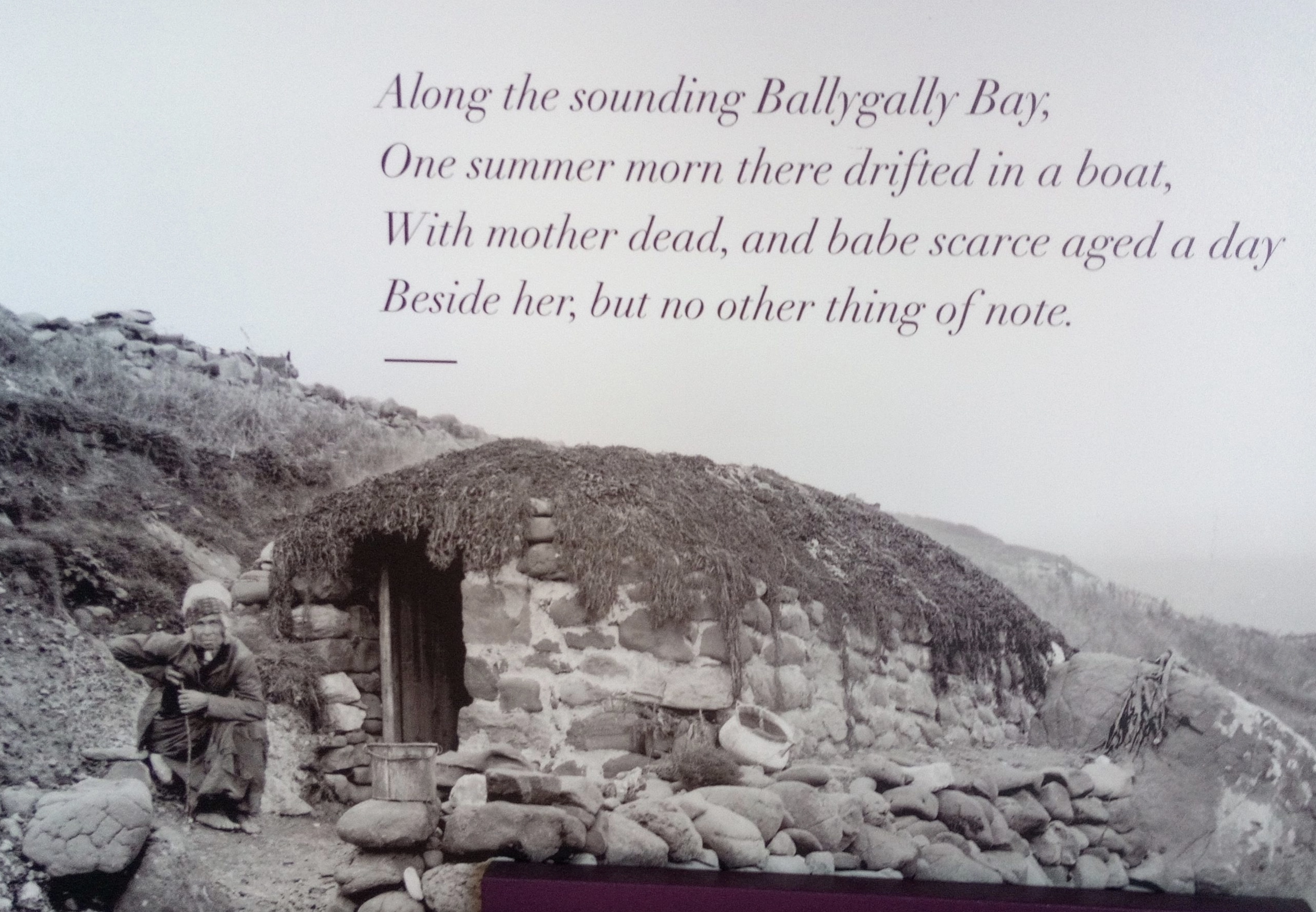 Jean Park’s story is recounted on the hotel lounge wall

In 1894 a local newspaper reported

“Repeated warnings had been given her of the danger she incurred by continuing to reside in her tumble-down shanty in rough weather, but she was deaf to all advice, and now had met her death as a result of her obstinacy, her dwelling being completely wrecked and she either drowned by the heavy seas or was killed by the wall falling in on her”

Jean’s body was found on the shore near the old boathouse. The inquest determined she had died by drowning. Her remains were laid to rest in St Patrick’s cemetery, Cairncastle. We know of Jane because her image was caught and saved, but she was only one of so many at the time living on the brink of death.

This blog was written by P&P on the Belfast Entries website. For more local blogs on Belfast and beyond please visit: https://www.belfastentries.com/