GUEST BLOG: Ballygally Castle is the most haunted castle in the UK!

Ever visited a castle or old stately home and felt a little creeped out? Wondered what might go bump in the night if you were to stay over? Thanks to new research, the top five most haunted locations in the UK can finally be revealed.

The research by online pop culture retailer, Lost Universe, measured the number of Google searches for haunted places, as well as some of the goosebump-inducing stories that go along with them. The top five, all based in old castles, are as follows: 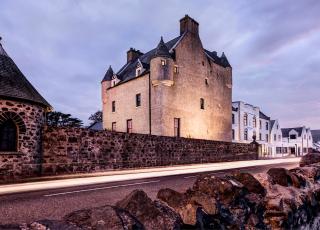 Built in 1625 and housing nearly 400 years of spine-chilling history, Ballygally Castle has recently converted into a hotel, and is reputed to host several ghosts. The stories tell that there are three ghosts residing within the walls, one of whom is the spirit of Lady Isabella, who fell to her death from a window trying to escape from imprisonment at her husband’s hands. 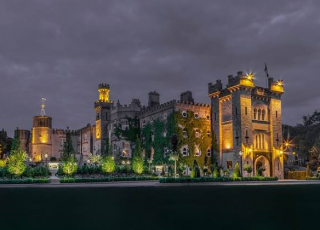 Cabra Castle is the home of several gruesome stories throughout its history. Now converted to a hotel, guests will be staying at the location where, legend has it, a servant girl was brutally killed thanks to a forbidden relationship that took place in the 1780s. Many people say they feel a ‘presence’ in the courtyard rooms, and one guest even saw a solider from the early 20th century striding down a corridor! 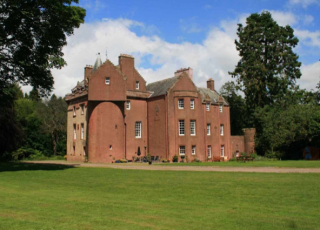 Colliston Castle is a 16th-century Z-plan tower house, which was altered and extended in the 18th and 19th centuries. It has recently been turned into a guest house, although guests will find themselves bedding down in the very house where the owner was found dead in the hall with his gun beside him in 1929. Could he still be walking the halls today? 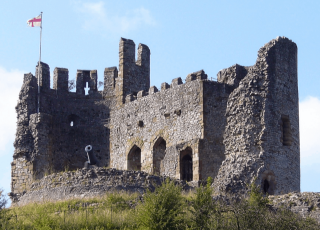 Dudley Castle was built shortly after the Norman Conquest of England in 1066 and is said to be the home of the Grey Lady, thought to be the spirit of Dorothy Beaumont, who died in the castle, along with her baby, shortly after childbirth. Many tourists claim to have captured her ghostly presence in photographs and even seen her appearing in windows. 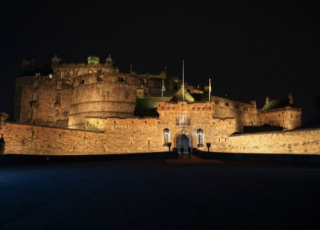 With a settlement sitting on Castle Rock since around 860 AD, the dark and troubled history of Edinburgh Castle is a long one. There are many terrifying stories linked to the castle, but one of the creepiest is certainly that of The Boy Piper, who was sent to explore the tunnels under the Royal Mile… only to mysteriously disappear.

Other sites that made the top ten most haunted locations list were: Gwydir Castle, Kinnitty Castle, Muncaster Castle, Warwick Castle and Airth Castle.

Alongside the most haunted locations, Lost Universe also analysed search data to uncover the ghostliest UK cities, as it was revealed that searches for ‘exorcisms’ and ‘haunted house’ are up by 29% and 5% respectively across the UK since 2020. The total searches for the following phrases on Google were analysed: Haunted Homes, Haunted Houses, Haunted Toys, Haunted Items, How to Perform an Exorcisms and Is My House Haunted? Local data was then used to determine the most haunted cities in the UK.

Cheryl Cullen, the Managing Director at London Ghost Tour by Taxi revealed to us the reasons why her and her team think London is at the centre of panorama activity in the UK:

“We’ve often wondered why London is the most haunted city in the world and decided, well, it’s such a great place to be who would ever want to leave?! We think interest in paranormal activity has increased because it’s now easier to evidence through digital tools such as video and audio recordings and people love a ghost tour because they present a real opportunity to combine an interest in history with the potential for a paranormal experience!”

“With Halloween just around the corner, we thought it would be interesting to use data to find out the most haunted places in the UK. It maybe isn’t a surprise to see London come out on top, given it is home to some of the oldest buildings in the country. Leeds was a surprise to us, coming out some way ahead of the rest of the cities. If you’re chasing a thrill, this could be a great place to visit.

“As Brits, we are obsessed with the supernatural, the trend of people looking to buy haunted toys and dolls blows our minds. It’s not just haunted items, but at Lost Universe we’ve also seen a rise in gift buying during Halloween. If you live in one of the most haunted cities in the UK and are after a good scare, our Halloween range of gifts, merch and cosplay at Lost Universe could be just what you’re looking for.”

To find out if you live in one of the most UK’s haunted areas, please visit: Here

To book an Autumn Escape in the most haunted castle in the UK click here!